The fourth case in our Top 20 Texas Family Law Cases series is CAMERON v. CAMERON. Before CAMERON v. CAMERON, Texas divorce lawyers were unsure if separate personal property was considered community property in Texas even if it was acquired in common law property states.

Husband was in the military when he married Wife. The couple were married in Texas, moved to California shortly after the marriage but only stayed in California for 3 months before moving to other states which were common law property states. They returned to Texas upon Husband’s retirement from the military.

The trial court divided the military retirement and the savings bonds because they were married in Texas, which uses the community property system. However, The Court of Appeals held that the savings bonds and military retirement acquired in common law property states belonged to Paul’s separate estate and thus, could not be divided by the trial court.

However, on September 9, 1982, just in time to save Wife, President Reagan signed the Uniformed Services Former Spouses’ Protection Act, Pub. L. No. 97-252, 96 Stat. 730 (1982). This act overruled McCarty and gave trial courts the power to divide military retirement “in accordance with the law of the jurisdiction of that court” to retirement accrued after June 25, 1981. Therefore, the Cameron Court determined that a trial court could divide military retirement, but only post-1981 retirement.

Five years prior to this case, the Texas Supreme Court held that a trial court could not divest a person of their separate real property, but failed to specifically address separate personal property. The Cameron Court extensively analyzed the history of separate property in both Texas and the other community property states and affirmed their holding in Eggemeyer. To the extent that the Eggemeyer Court did not address personalty, the Cameron Court cleared up.

Thus, the Cameron Court finally settled that (1) separate personal property is treated the same as separate real property, and (2) community property shall be divided by Texas or San Antonio family law attorneys in Texas regardless of the state where that property was acquired.

The next case on our list is COCKERHAM v. COCKERHAM. This case is important to Texas family law because it analyzed the meaning in the definition so joint and sole managed property. 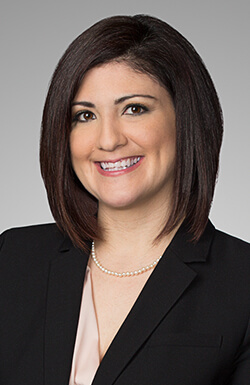