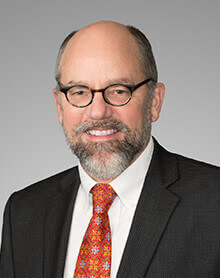 Bruce K. Spindler has state-wide civil trial experience. He has tried over forty jury trials to a verdict. He is Board Certified in Civil Trial Law by the Texas Board of Legal Specialization. After graduating from Texas Tech Law School, he served as a briefing attorney for the Chief Justice of the Dallas Court of Appeals. After his judicial clerkship, he began his practice with Soules & Wallace, successfully litigating numerous complex commercial and personal injury cases. In November of 2003, the attorneys at Soules & Wallace moved their practice to Langley & Banack where Mr. Spindler has continued his law practice. Mr. Spindler is AV rated by Martindale-Hubbell and has been recognized as one of the Best Lawyers in San Antonio by Scene in SA magazine since 2006.

Throughout his career, he has successfully tried both commercial and personal injury cases in courts throughout the state. He has extensive trial experience in complex commercial litigation, fiduciary duty litigation, oil & gas litigation, employment disputes, trade secret litigation, family law, commercial and residential construction disputes, medical malpractice defense, and other personal injury cases. He has also represented both the insured and insurance companies in coverage disputes. Throughout his practice, Mr. Spindler has also represented various municipalities and governmental entities in a variety of capacities. He is a member of the Texas Bar Foundation and the San Antonio Bar Foundation, organizations to which admission is by invitation only. Mr. Spindler has lived in San Antonio for over 25 years and is fluent in Spanish, having grown up in Mexico City.

Mr. Spindler is happily married to Laura Greenberg-Spindler. They have two beautiful daughters, Dava and Grace. The Spindler family shares and enjoys many outdoor activities, such as camping, hiking, and bicycling. Mr. Spindler is an avid tennis player, racquetball player, and may or may not be available during hunting season.